Brensocatib is a reversible inhibitor of dipeptidyl peptidase 1, the enzyme that activates neutrophil serine proteases. In a phase II study in patients with bronchiectasis with frequent exacerbations, brensocatib was shown to reduce sputum elastase levels compared with placebo and, importantly, to reduce the number of pulmonary exacerbations and prolong the time to exacerbation without increasing infections or with significant side effects. A larger phase III study is underway and, if it confirms these findings, may pave the way for a novel treatment for bronchiectasis.

Judith Durham (of The Seekers fame) died in August this year from bronchiectasis – a timely reminder of the morbidity and mortality associated with this disease of chronic airway inflammation and damage and a tribute to Durham’s personal and professional resilience.1 The measles that initiated Durham’s airway damage is mercifully now rare (although bronchiectasis can develop following other infections), but non-cystic fibrosis bronchiectasis (bronchiectasis) itself has proved surprisingly resistant to eradication, with diverse phenotypes perpetuating a heterogeneous and complex disease even in 2022.2 Treatments targeting the underlying aetiology of bronchiectasis (e.g. immunodeficiency, allergic aspergillosis, non-tuberculous mycobacteria) are important but do not repair the airway damage.

Options for treating bronchiectasis have advanced considerably in the last 20 years.3 Parallels with cystic fibrosis have prompted research that has sometimes proven useful. Standard treatments that aim to improve sputum clearance and measures to increase sputum hydration with nebulized hypertonic saline are widely used, although the scientific evidence for their efficacy is scant.4 Other therapies, such as inhaled DNase, have not seen the benefits shown in people with cystic fibrosis.3 Currently, there is no pharmacological treatment licensed for bronchiectasis.

The role of chronic colonization with bacteria such as Haemophilus influenzae and Pseudomonas in patients with bronchiectasis has prompted trials of long-term antibiotic use in people with frequent exacerbations. Potential therapies include macrolides5 and nebulized delivery of antibiotics such as tobramycin or colistin,6 but these have proven to be variably effective in multiple trials.2

Persistent airway inflammation – often initiated and sometimes perpetuated by infection – can lead to a complex dysfunctional milieu with immune-mediated damage, loss of mucociliary function, structural lung damage and further susceptibility to exacerbations.7 Over-exuberant neutrophil activity is a major driver of this cycle, and increased levels of neutrophil elastase (one of several neutrophil serine proteases) have been correlated with exacerbation risk,8 particularly in patients with chronic Pseudomonas colonization.9

Neutrophil extracellular traps (NETs) are meshworks of extracellular fibres of chromatin DNA, histones and bactericidal proteins such as neutrophil proteinase 3 (PR3) and neutrophil elastase.10 NETs are involved in extracellular bacterial killing but may also contribute to local inflammatory tissue damage. Sputum NETs have been associated with worse disease severity, increased exacerbation frequency and decreased quality of life in patients with bronchiectasis, while the administration of intravenous antibiotics has been associated with a reduction of sputum NETs.10 Aside from using antibiotics (macrolides may reduce NETs10 and exert an anti-inflammatory effect), how else may this counterproductive inflammatory response be lessened? Inhaled steroids are contraindicated in bronchiectasis unless there is a significant eosinophilic phenotype.11 Pilot studies of direct elastase inhibitors have proven the safety of these agents with some apparent benefit.12,13 However, other options are clearly needed.

Brensocatib was found to be a safe and side-effect-free agent in animal studies and in short-term studies with healthy human volunteers.15 As such, it was further investigated in the WILLOW trial, a multicentre, international, phase IIa study in people with bronchiectasis and at least two exacerbations in the previous year.16

Genetic conditions with absent DPP1 activity have been associated with periodontitis and cutaneous hyperkeratosis.17 Of note, there were no differences between the three groups in periodontal disease, and while five patients experienced hyperkeratosis (four in the brensocatib groups and one in the placebo group), none required treatment interruption, and all of the events had resolved or abated by the end of the study. In this preliminary study, therefore, brensocatib improved time to exacerbation without significant side effects or increasing infection.

In the on-going phase III ASPEN study (ClinicalTrials.gov identifier: NCT05344508),18 brensocatib is being investigated in a similar but larger cohort of patients to that recruited for the WILLOW trial. A total of 1,620 patients with non-cystic fibrosis bronchiectasis from more than 400 sites will again be randomized 1:1:1 to receive placebo, 10 mg brensocatib or 25 mg brensocatib once daily, this time for 52 weeks. The study will compare the rates of pulmonary exacerbation (primary outcome) among the three arms and assess safety and tolerability; secondary outcomes will include quality of life and lung function. ASPEN will also include an exploratory analysis of brensocatib in 40 adolescent patients aged ≥12 to ≤18 years.

If the benefits seen in the WILLOW trial are replicated in ASPEN, and if regulatory approval is then granted, brensocatib, as a simple, single, daily tablet with (as yet) few side effects, will be a major addition to the treatment options available for patients with bronchiectasis.

To what extent other direct inhibitors of airway serine proteases and perhaps other modulators of inflammation will be important remains to be seen. Whatever happens, someone born today is unlikely to suffer the same complications that Judith Durham endured for more than 75 years.

Simon Bowler has no financial or non-financial relationships or activities to declare in relation to this article.

This article is an opinion piece and does not report on new clinical data, or any studies with human or animal subjects performed by the author.

This article is freely accessible at touchRESPIRATORY.com. © Touch Medical Media 2022

Data sharing is not applicable to this article as no datasets were generated or analysed during the writing of this article. 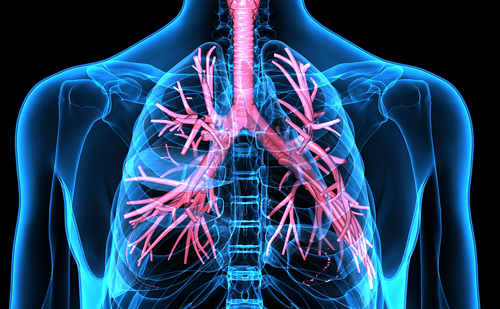 Brensocatib: An Anti-neutrophil Elastase Drug With Potential in the Management of Bronchiectasis

Judith Durham (of The Seekers fame) died in August this year from bronchiectasis – a timely reminder of the morbidity and mortality associated with this disease of chronic airway inflammation and damage and a tribute to Durham’s personal and professional resilience.1 The measles that initiated Durham’s airway damage is mercifully now rare (although bronchiectasis can develop […]

Bronchiectasis is a chronic pulmonary disorder characterized by permanent bronchial dilatation, which in some children may be reversible, and airway inflammation, and by cough and sputum production, as well as recurrent respiratory tract infections.1 Bronchiectasis is associated with poor quality of life for the child/adolescent and their parents, recurrent exacerbations and high cost to healthcare systems.2 […]

Brensocatib: An Anti-neutrophil Elastase Drug With Potential in the Management of Bronchiectasis