Waterpipe tobacco smoking (WTS) is increasingly popular among young people. Although perceived to be safer than cigarettes as smoke is filtered through water, narghile smoke is rich in carbon monoxide, as well as containing numerous toxins and carcinogens. Detrimental effects of WTS may include nicotine addiction, bronchitis, chronic obstructive pulmonary diseases and enhancing asthma susceptibility and exacerbations.

Waterpipe tobacco smoking (WTS) has been considered a global threat and has been designated as an epidemic by public health officials. WTS is also known as “narghileh” or “narghile”, “shisha” or “hookah”. WTS involves the passage of charcoal-heated air through a perforated aluminum foil and across the tobacco mixture to become smoke that bubbles through water before being inhaled by the smoker (Figure 1).1 WTS has surged in popularity among young people in the United States and across the globe.2

The increased use of WTS is associated with migration, especially from the Eastern Mediterranean and India; tourism; and the social gatherings of narghileh smokers.1 In addition, there is a mistaken belief that it is less harmful compared with cigarette smoking.1 The idea of the narguileh being less injurious than cigarettes is due to the notion that shisha-inhaled smoke is filtered when passing through the water. However, narguileh smoke is rich in carbon monoxide, which could cause syncope if a large enough quantity of narghile is smoked, due to the formation of carboxyhemoglobin.1,3 Both active and passive narghileh smoke also contains the same intoxicants as cigarettes, and although it is filtered through water, filtering does not remove all toxins, and WTS can lead to nicotine addiction. In addition, many carcinogens (polycyclic aromatic hydrocarbons and nitrosamines) are also delivered to the body leading to an increase in incidence of lung, esophagus, bladder, and other cancers. WTS is also associated with ischemic heart diseases,
and hypertension.1,4

Similarly, WTS affects airway diseases. Several studies have confirmed the harmful effect of WTS on the lungs causing bronchitis and/or chronic obstructive pulmonary diseases (COPD) and enhancing asthma susceptibility and exacerbations. In a study among female active smokers of narguileh in Syria, chronic bronchitis was found in 70% of smokers. Lung function tests showed alteration of small airway functioning in all individuals as indicated by maximum mid expiratory flow, and forced expiratory volume in one second (FEV1) was altered in 37% of subjects, which resulted in the classification of moderate to severe COPD.5 Cigarettes and WTS have a synergistic effect on COPD onset and severity as shown by lung function. Passive smoking of cigarettes or narguileh is also associated with COPD, especially in women.6 In the International Study of Asthma and Allergies in Childhood (ISAAC), in utero and/or early life exposure to passive WTS is associated with asthma onset in children.7 Exposure to passive smoking of narguileh or cigarettes also exacerbates existing asthma.8

The WHO Framework Convention on Tobacco Control (WHO-FCTC) Secretariat has worked to establish a network of six knowledge hubs within academic institutions. Each of these hubs specializes in a given area, such as taxation, waterpipe and smokeless tobacco use, or research and surveillance, and assists groups with implementing their work, not least through analyzing and disseminating information.9 Greater collaboration between the WHO-FCTC and the wider community will enhance the appreciation of the detrimental effects of WTS. This is essential to prevent the increased incidence of COPD and asthma in at-risk populations.

Yousser Mohammad, Loai Nahass, Ismael
Zakaria and Bisher Sawaf have no conflicts of interest to
disclose in relation to this article.

This article is a short opinion piece
and has not been submitted to external peer reviewers.
A member of the Editorial Board reviewed the article
before publication.

The named authors meet the International
Committee of Medical Journal Editors (ICMJE) criteria
for authorship of this manuscript, take responsibility
for the integrity of the work as a whole, and have
given final approval for the version to be published.

This article is published under the Creative
Commons Attribution Non-commercial License, which
permits any non-commercial use, distribution, adaptation,
and reproduction provided the original authors and source
are given appropriate credit. © The Authors 2018. 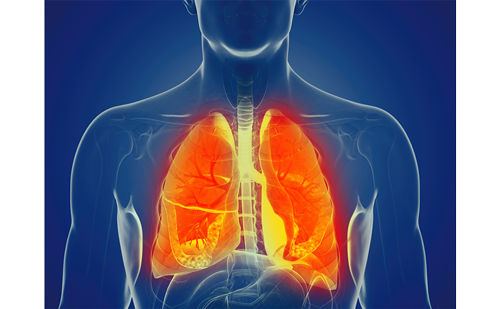